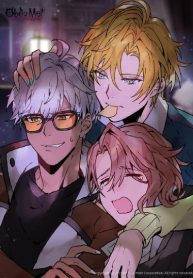 yaoimanga.club Manga are Japanese comics. They not only could entertain but also are the way to introduce Japanese culture to all over the world. Manga are divided into many kinds of categories from Harem, Harry Stu, Josei to Kodomo, School life with well-known authors like Rumiko Takahashi, Hiro Mashima, Masashi Kishimoto…

Jinyoo’s life is a living hell—he’s become a hermit due to an abusive father and a traumatic bullying experience. But just when he thinks life can’t get any worse, he is kidnapped by his high school classmate, Gyuh-wool, who’s developed a twisted obsession over him. Jinyoo quickly learns that there is no escape… The only way to survive is to obey Gyuh-wool’s orders.

WARNING: This comic contains triggering content, such as graphic depictions of violence, imprisonment, bondage, and rape.

You can discover many read manga for free