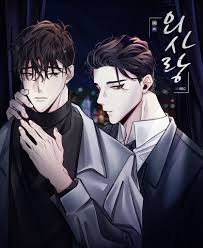 Jeong Jae-han, who has lived without fear as a successor to TY Group. One day, he meets a man while working as a director of a film investment distribution company among TY’s affiliates, spending sleepless nights with workaholics during the day, alcohol, drugs, and entertainment at night. Actor Yoon Hee-gyeom, who enjoyed a lot of popularity in the entertainment world five years ago, but fell into a drug case at once. Watching the man who has now returned as a film director, Jeong Jae-han recalls when he first saw him on screen five years ago. Looking at Yoon Hee-gyeom, who still hasn’t lost her light even after 5 years, “What is it that you’re going to entertain yourself?” Once again, Jeong Jae-han decides to beat him thoroughly under his feet.

You can discover many best manhwa