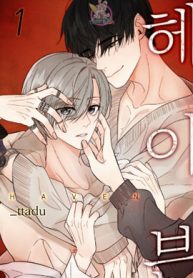 Min-sung and Jian became brothers after their parents remarried. Eight years later, Min-sung, who has turned twenty-six, is working as a food stylist, and his younger brother, Jian, who has turned twenty-three, is working as a model. Minseong, who spent a little bit radical school days, deteriorates her eyesight due to the influence and manifests itself as an omega. Ji-an is unusually obsessed with Min-Sung, and the two develop between soothe each other’s hits. Minsung, who regarded his younger brother Jian’s persistent obsession as just his younger brother’s cute grievances, realizes that there is a little problem between the two and tries to distance himself. The relationship between the two gradually deviated, and as the history of Minsung’s past buried here approaches, the relationship between the two becomes more catastrophic.