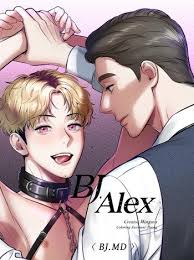 yaoimanga.club Manga were published in Japan and people understand Manga as Japanese comics. Manga could represent a part of Japanese culture because its content are mainly focus on praising the precious virtues of Japanese. Many comic artists in other countries are affected by Manga a lot.

Every night at 10, Dong Gyun locks himself up in his room, grabs a box of tissues, and watches a live cam boy show hosted by Alex, a BJ (broadcast jockey). Timid Dong Gyun admires not only Alex’s ripped body, but his candor in sharing his sexual experiences with viewers. One night, Dong Gyun downs too many drinks at a school networking event and passes out. When he wakes up, he’s in bed staring up at a shirtless hunk. A hunk who looks an awful lot like… Alex.

Lots of read yaoi, yaoi reddit comics are only here